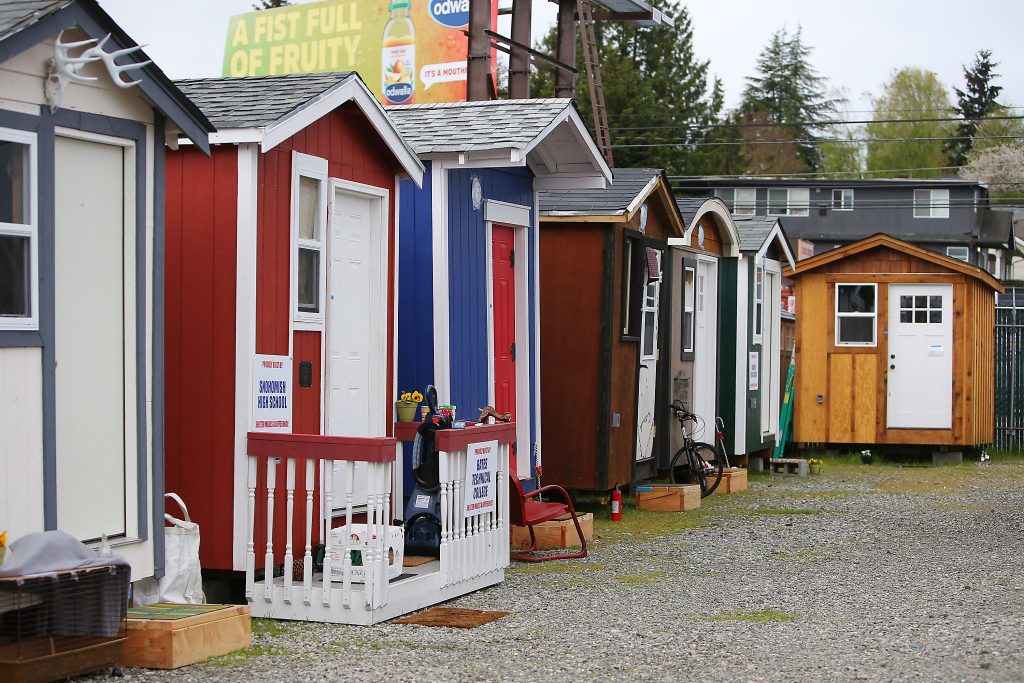 San Jose’s admirable plan to temporarily shelter a fraction of its homeless population in communities of “tiny homes” has revealed a rather tiny mind-set among too many of the city’s residents and politicians. Their refusal to be part of a solution — or, indeed, to live in the same neighborhood — typifies the parochialism behind the state’s housing and homelessness crisis.

The City Council agreed to a downsized pilot project of up to three tiny-home communities Tuesday while avoiding the difficult question of where they would be. Ever since officials cataloged 99 city-owned properties that could conceivably host the dwellings, they have endured a fierce backlash that continued into this week’s marathon council session, with one recent community meeting featuring a chorus of “build a wall.” The inventory of potential sites shrank to four before officials decided to revisit and revise the list within the next two months.

Mayor Sam Liccardo is right to persist in pursuing the original proposal to place one community of up to 25 people in each of the city’s 10 council districts, even though most council members didn’t cooperate with his earlier request to identify a single potential site. As he and other officials noted recently, “Residents justifiably have many concerns about how a homeless housing project could impact their neighborhood. Yet more than 4,000 homeless residents already live in our neighborhoods — in our streets, parks, and creeks.”

The latest census of San Jose’s homeless found that more than 80 percent lived in Santa Clara County before losing their homes, more than half of them for at least a decade. Whether they’re sheltered in tiny homes or not, the rest of the city’s residents should regard and treat them as neighbors.

This commentary is from The Chronicle’s editorial board. We invite you to express your views in a letter to the editor. Please submit your letter via our online form: SFChronicle.com/letters.