SAN JOSE — Cisco on Monday pledged $50 million to fight homelessness in Silicon Valley in what appears to be the largest donation ever made by a local company in response to the growing crisis.

The money, to be distributed over five years, will go toward building extremely low-income and supportive housing in Santa Clara County, funding homelessness prevention programs such as skills training and rent assistance, and improving the technology and data collection used by homeless organizations, according to the company. Cisco has contributed the first $20 million already, through the Cisco Fund at the Silicon Valley Community Foundation. 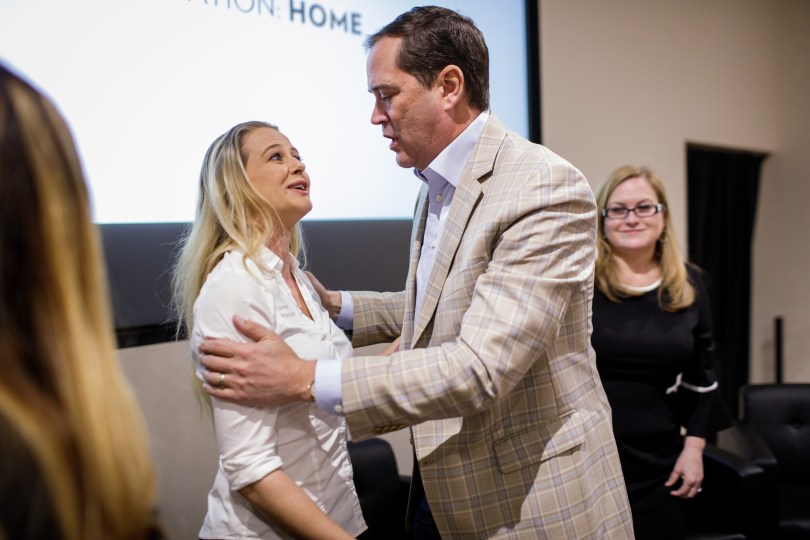 Cisco CEO Chuck Robbins talks to Lived Experience advisory board member Summer-Lee Bettencourt during an event, where he announced a $50 million donation to Destination: Home, one of Silicon Valley’s major nonprofits tackling homelessness and affordable housing in the region, on March 26, 2018, at The Tech Museum of Innovation in San Jose. (Dai Sugano/Bay Area News Group)

With an estimated 7,394 homeless people living in the county as of January 2017, pressure is mounting for a solution to the problem festering in the midst of Silicon Valley’s tech industry-fueled prosperity.

“There’s been unparalleled success in the tech community, particularly here in Silicon Valley,” Cisco Chairman and CEO Chuck Robbins said Monday from the stage of The Tech Museum of Innovation in San Jose. “There’s an increasing divide between the success and those that are struggling in the community.”

While other Silicon Valley tech companies have put money toward sheltering the homeless and building affordable housing, Cisco’s massive contribution is likely the first of its size, said Jennifer Loving, CEO of Destination: Home, which will distribute the $50 million donation. The sum even dwarfs donations that corporations, foundations and other private entities across the nation have given to fight homelessness.

“Cisco recognizes we need to have a community that is thriving and working for everyone who lives here,” Loving said in an interview, “and they have taken this really incredibly bold move to invest in Silicon Valley poverty and homelessness to a degree that we have never seen before.”

Destination: Home is part of the Santa Clara County supportive housing system that has helped place 5,154 people over the past three years — 94 percent of whom stayed housed.

Robbins announced the $50 million donation during an event celebrating Destination: Home’s 10th anniversary and was met with thunderous applause and cheers. 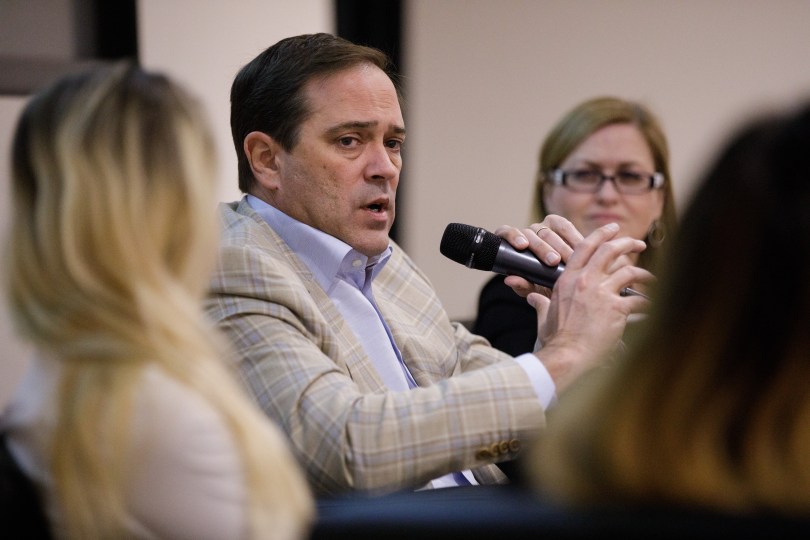 Cisco CEO Chuck Robbins speaks during an event, where he announced a $50 million donation to Destination Home, one of Silicon Valley’s major nonprofits tackling homelessness and affordable housing in the region, on March 26, 2018 at The Tech Museum of Innovation in San Jose. (Dai Sugano/Bay Area News Group)

The reason the tech industry for so long has overlooked the homelessness in its backyard, Robbins told the crowd, is that companies tend to give money to causes that are directly relevant to their business, such as STEM education in schools. Or they are quick to pull out their checkbooks when faced with international crises, such as helping Syrian refugees abroad.

“We need to do something at home,” Robbins said.