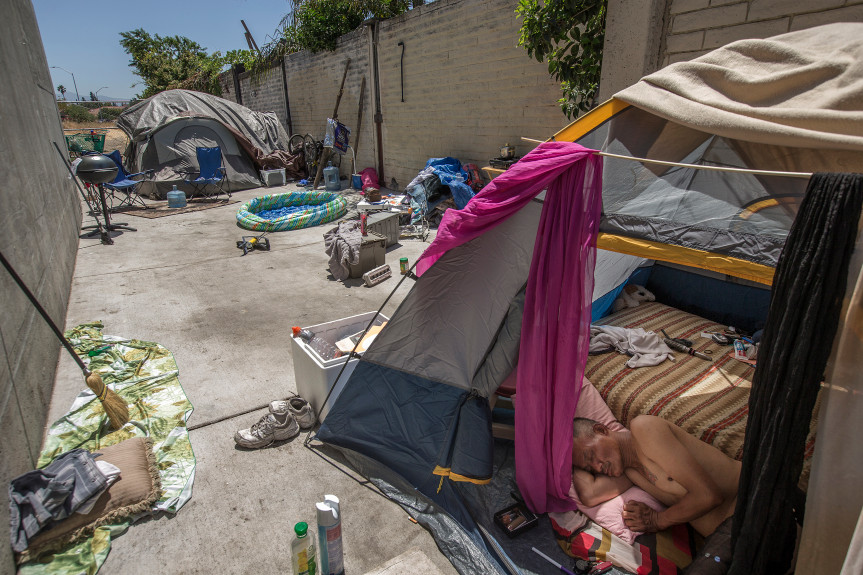 Cisco’s $50 million donation last week to fight homelessness could be a game-changer for the way businesses see their role in helping solve the Bay Area’s housing crisis.

It’s believed to be the largest donation ever made by a local company in response to the issue. Bravo to Cisco CEO Chuck Robbins for his leadership. Cisco is a role model for good citizenship and for how tech firms can do more for the region that helps make them so successful.

We challenge the CEOs of Bay Area tech firms and other leading businesses to match — or beat — Cisco’s donation. Imagine the possibilities. Twenty gifts of $50 million would raise $1 billion.

A solid public-private partnership could help solve the Bay Area’s homeless problem and significantly ease the growing divide between the wealthy and those who are struggling in the region.

Cisco’s donation isn’t the first time a tech firm has made a donation to fight homelessness. It’s the size of the gift and the local impact that’s unprecedented.

Robbins said Friday that he was motivated by feeling a responsibility to act and that “evidence has shown us that supportive housing works.”

It wasn’t a coincidence that he announced Cisco’s donation during the 10th anniversary celebration of Destination: Home, the public-private partnership established to work on strategies to end homelessness in Santa Clara County.

Since 2015, the partnership has helped place 5,154 people in housing, 94 percent of whom stayed housed. It’s a remarkable achievement. Check out the video on Robbins’ blog. Those interviewed offer heart-warming proof of the difference this kind of effort makes in homeless people’s lives.

Bay Area businesses have a long history of offering innovative solutions to problems around the world. We join with Robbins in urging them to take a more active role in fighting homelessness and helping solve the housing shortage plaguing the communities and neighborhoods in and around where they do business.