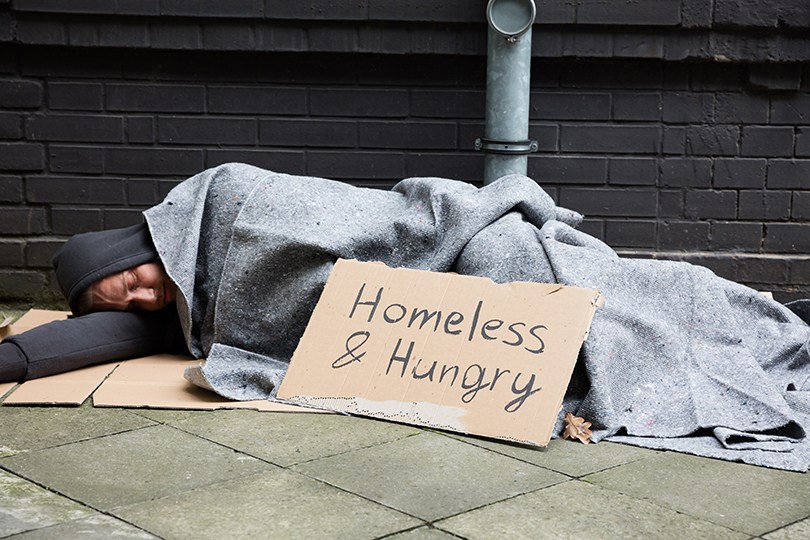 It takes three things for a community to end homelessness: political will, supportive policies and money. Most communities have one or two of these ingredients, but harnessing all three at the same time has proven hard.

Historically, homelessness has been an extremely divisive, complicated issue for communities. No one agency can solve the problem, but no one really owns it either. Funding is insufficient, there’s a dearth of affordable housing and people want it built elsewhere, “not in my backyard.”

As a result, over 100,000 California residents are homeless today—about a fifth of the total homeless population in the United States.

Here in Santa Clara County, we have approximately 7,400 people without a home. Of these, 74 percent are unsheltered and 2,000 are chronically homeless, which means they been homeless for one year or more.

The county has the third-highest rate of chronic homelessness in the U.S. Between 2011 and 2016, there were 476 homeless deaths in Santa Clara County.

Our county government has been spending $520 million per year on homelessness. Much of the cost comes from un-housed residents accessing emergency rooms, hospitals, jails and other public systems not designed to meet their needs. The 10 percent of un-housed residents who use the most services end up costing the county $62,000 every year they are living on the streets.

For years, a failing system had resulted in wasted resources and more people on the streets. As in many California communities, it became increasingly clear that we were spending our time managing homelessness instead of ending it.

Silicon Valley faced a seemingly impossible task: create permanent housing solutions for its most vulnerable residents in one of the least affordable markets in the world.

Yet, despite this daunting challenge, over the past five years, the tide finally seems to be turning. We have an engaged local government, tech stepping up to make significant commitments, and residents voting for meaningful change and resources.

In 2014, over 200 stakeholders from public, private and non-profit sectors adopted the Community Plan to End Homelessness in Santa Clara County, creating a roadmap to ending homelessness in the region. The Community Plan called for the creation of 6,000 new housing opportunities, while spearheading innovative ways to serve the needs of the person and disrupt existing systems to increase efficiency and effectiveness.

But this plan was just the start. Homelessness is a community problem and requires a community solution. We forged a true public-private partnership, which has meant much more than just bringing everyone to the table; it has required that each partner contribute substantially and meaningfully to the overarching goal.

Our leaders stepped up. The county, as the community’s safety net, formed the Office of Supportive Housing and put an unprecedented and successful $950 million affordable housing bond on the 2016 ballot. Cities like San Jose did their part too, dedicating resources and approving new projects as quickly as possible. Then, in 2018, Cisco made a $50 million grant to Destination: Home, a public-private partnership that works to end homelessness in Santa Clara County, and where I serve as CEO.

The grant was the largest tech contribution to homelessness ever. Working together, our goal has been to make homelessness rare, brief and non-recurring. These are our two aims:

1) Dramatically increase the supply of housing affordable to our most vulnerable residents.

The outcome of this collective effort has been remarkable. Prior to 2013, there had only ever been 348 apartments dedicated specifically for homeless residents and families in Santa Clara County. Today, there are over 1,000 new homes being constructed. Hundreds of apartments, with services fully funded, are set to open in the coming months.

In the last three years, 5,124 men, women and children have been permanently housed over—and 94 percent of them are still housed today. While we still have a long way to go, the path is clear. Homelessness cannot be solved without a committed strategy led by a cross section of community leaders. Without this, the effort will not be sustained.

We absolutely can eradicate homelessness—but it’s up to us, because there is no cavalry coming. Each community has to find its own solutions, but only through partnership we will be able to make them concrete. We must all work together to help our un-housed neighbors, because no one should have to sleep outside.

Jennifer Loving is the CEO of Destination: Home, a public-private partnership working to end homelessness in Santa Clara County.