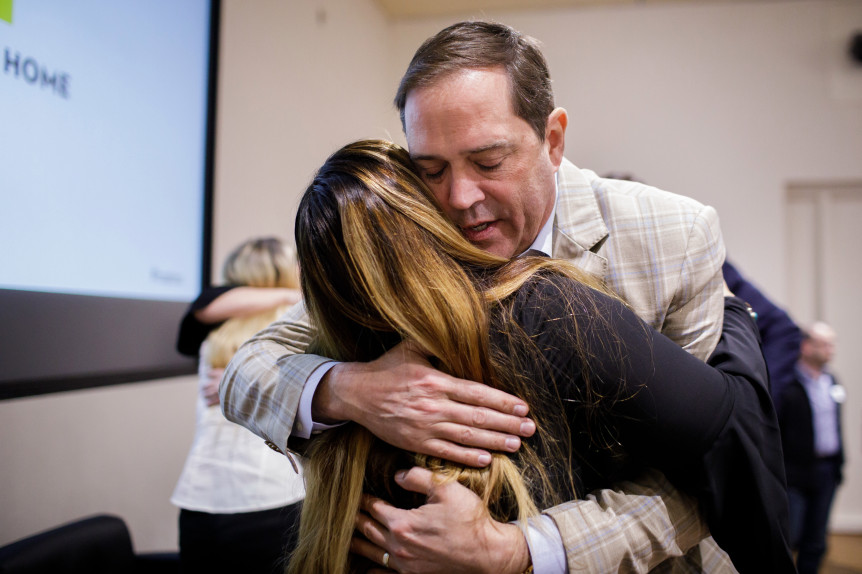 On Christmas, a day that should be as much about giving as receiving, we want to recognize two of the year’s more inspiring philanthropic efforts — Bay Area gifts that create immediate benefit and carry the capacity to motivate others.

The gifts — from internet networking giant Cisco Systems and from billionaire entrepreneur Mark Benioff and his wife, Lynne — address, respectively, homelessness in the South Bay and children’s mental health needs in the East Bay.

They exemplify what can happen when those blessed with riches demonstrate concern for those most in need. It’s the sort of philanthropy for which David Packard, the late co-founder of Hewlett-Packard, set the standard with gifts that were generous in amount and spirit.

Packard believed that “management has a responsibility to its employees, to its customers, and to the community at large.” His commitment to being actively engaged in the life of the community remains unmatched.

It’s nice to see Cisco and the Benioffs continue the commitment with similar generosity.

Cisco’s $50 million pledge in March to fight homelessness stands as the largest donation ever by a local company in response to the growing crisis. Company Chair and CEO Chuck Robbins channeled Packard when announcing the gift.

“There’s been unparalleled success in the tech community, particularly here in Silicon Valley,” he said. “There’s an increasing divide between the successful and those that are struggling in the community.”

The size of the donation dwarfs other corporate gifts to fight homelessness. And Cisco and Robbins’ leadership hasn’t been only financial. The entire company is engaged in the effort, with employees volunteering whenever and wherever necessary to make a difference.

Whether it’s creating the welcome-home kits for the homeless moving into San Jose’s Second Street Studios or coming up with the funds for the studios’ furniture, Cisco and its volunteers have been all over it.

Cisco and Robbins aren’t seeking anything in return. The donation and the volunteer efforts were made in the true Christmas spirit, believing that in giving we make our community a better place.

Similarly, the Benioff’s $15 million donation last week to the UCSF Benioff Children’s Hospital in Oakland will address the shortage of mental health services for children in the East Bay.

All told, the Benioffs have given $200 million in support of the Benioff Children’s Hospitals in San Francisco and Oakland. The latest, much-needed donation will enable the hospital to increase staff, doubling the current capacity of psychiatric visits to 5,000 per year

As with the Cisco gift, the Benioffs made the donation for all the right reasons. “There’s nothing more important than the health and well-being of our children,” said Lynne Benioff.

“Marc and I hope that this gift will raise awareness of the mental health crisis facing children here in our community and that others will join us in supporting the hospital’s mental health mission.”

These are difficult times for those in need living in the Bay Area. These gifts will brighten the lives of thousands and help renew our faith that this is a region that can find solutions for its most pressing problems when its residents and leaders put their hearts in the right place.

May the spirit of the season be with everyone on this Christmas Day, and may it continue in 2019.