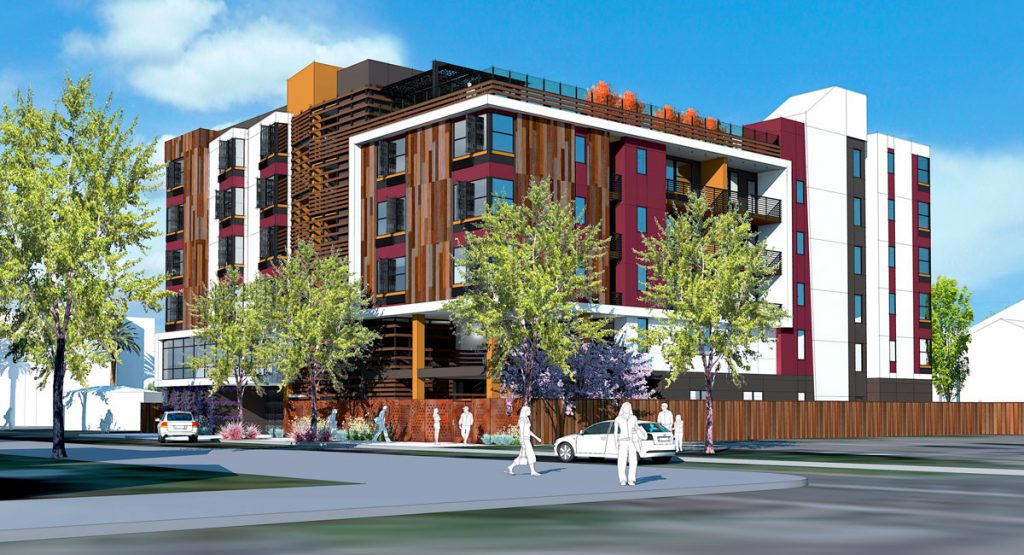 An artist’s rendering of Villas on the Park, which is scheduled to open in downtown San Jose later this year. The San Jose City Council hopes to provide more affordable housing like this development for its most vulnerable residents.

San Jose is showing the way on fighting homelessness.

The City Council on Tuesday unanimously approved what national housing experts believe is a first-in-the-nation effort, devoting 45 percent of its available affordable-housing funding toward the extremely low-income residents, who are the most at risk of becoming homeless. The move builds on Santa Clara County’s 2016 Measure A bond that allocates $700 million for extremely low-income housing.

It’s a model that should be emulated by cities and counties throughout the Bay Area. Gov. Gavin Newsom should jump on board and offer additional state allocations for cities providing more affordable housing funds for their lowest-income residents. But it will take more — a lot more — to solve homelessness.

A Bay Area Council report released last week outlines the extent of the problem. Calling the challenge daunting is an understatement.

The report estimates that it would cost $12.7 billion to permanently house the Bay Area’s 28,000 homeless residents. Providing necessary services to those residents would cost an additional $350 million a year, or $3.5 billion over 10 years. The Bay Area Council recommends a regional approach to the issue, arguing that would be more efficient than the patchwork of city, county and non-profit agencies that currently lack the ability to work together.

It’s a good idea. But the challenge of any regional effort will be immense: finding additional funding for housing extremely low income residents. The situation will only get worse unless all parties — business, taxpayers and government — contribute their fair share to solve a problem of this magnitude.

Jennifer Loving of Destination Home notes that four times as many people are entering the system than leaving every month. Stopgap measures aren’t enough. A systemic approach is the only answer.

The San Jose City Council’s push to help its most vulnerable residents is a step in that direction. Extremely low-income families are those, in general, who make roughly $35,000 a year, or less than 30 percent of the area’s median income. Councilwomen Maya Esparza and Dev Davis note that nearly 75 percent of these residents spend more than half of their income on rent. Any unexpected event — an illness, loss of job or an emergency situation — can put them out of their homes and on the street.

The resulting costs to taxpayers are immense. A 2016 study by Destination Home calculated the public cost to Santa Clara County at $520 million a year for medical care, incarceration and other interactions with public services.

And that’s not counting the public strain created by the homeless on public streets and neighborhoods camps.

San Jose will need to do more if it wants to end what should be viewed as a public disgrace. At present, San Jose has a deficit of more than 35,000 rental units that are considered affordable and available for extremely low income residents. Voters in November failed to pass Measure V, the $450 million bond for affordable housing, by a narrow margin.

The city should consider another measure in 2020 while also continuing to seek additional funding from businesses and foundations.

Solving the Bay Area’s homeless problem will require a sustained effort over many years. The San Jose City Council’s commitment to helping its most vulnerable residents represents an important step forward.