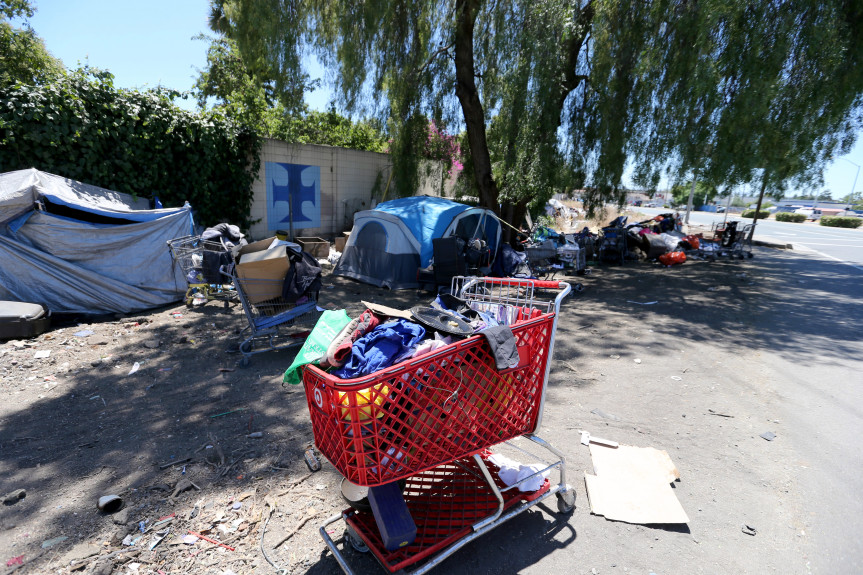 The San Jose City Council has the opportunity Tuesday to take a step forward in the fight to reduce homelessness in the city. (Ray Chavez/Bay Area News Group File Photo)

Communities everywhere consume a lot of energy debating how to best manage the impacts of homelessness, but in San Jose we can take a big step toward actually ending it by better prioritizing how we spend our limited affordable housing dollars. On Tuesday the San Jose City Council will consider taking the bold step to dedicate close to half of the city’s affordable housing funds for our lowest-income households.

Too many of our big tent conversations about affordable housing end up leaving the most vulnerable families behind. In fact, the need for affordable housing is far greater and the stakes are much higher among Extremely Low Income (ELI) households earning less than 30 percent of the area’s median income (under $40,000 for a family of four).

According to a new report by the National Low Income Housing Coalition, the San Jose metro area has a 38,689 deficit of housing units that are affordable and available for ELI households. This translates to only 30 rental units for every 100 ELI households.

That’s why we must dedicate funding to build more affordable housing specifically targeted for ELI households. Increasing the supply of housing at this income level will help fill the largest gap in our housing inventory and can prevent the greatest number of households from slipping into homelessness.

To be sure, our housing crisis extends to households at other income levels, and a sound affordable housing investment strategy must include projects serving other low- and moderate-income households. Nor should we ignore strategies that prevent displacement and make housing more affordable for all residents. However, when it comes to the limited dollars available to construct more deed-restricted affordable housing, we must have the collective will to prioritize ELI households.

These are the very same families all too often ignored by our political system: disabled residents, adult caregivers, single moms, rent-burdened seniors and a disproportionate number of families of color. Unlike tech workers who have powerful organizations advocating on their behalf, the poorest and most vulnerable of our families are too often left to fend for themselves.

We are starting to make progress. Santa Clara County’s 2016 Measure A housing bond allocated $700 million of the total $950 million for ELI units, which is already being leveraged by critical Housing Authority vouchers and flexible private capital. In San Jose, the Housing Department has recommended setting aside 30 percent of the city’s affordable housing funding specifically for ELI units, and Councilwomen Dev Davis and Maya Esparza have recommended increasing that allocation to 45 percent.

This is the leadership we desperately need. But even with this new dedicated funding, we will need additional strategies to meet our ELI housing needs. Other Bay Area counties and cities should join Santa Clara County and San Jose in prioritizing Extremely Low Income housing. In addition, Gov. Gavin Newsom and the Legislature should explore how they can similarly prioritize ELI households in the state’s affordable housing programs.

We can stop accommodating our growing inequity and instead adopt policies that will ensure our community can work together toward becoming inclusive for people of all incomes.

Jennifer Loving is the CEO of Destination: Home, a public-private partnership dedicated to ending homelessness in Santa Clara County.

Update 2: San Jose City Council voted unanimously on Tuesday, April 9 to allocate 45 percent of all city funding for affordable housing to the production of homes affordable to households with incomes in the extremely low income (ELI) range (at or below 30 percent of area median income; approximately $40,000 for a family of four).